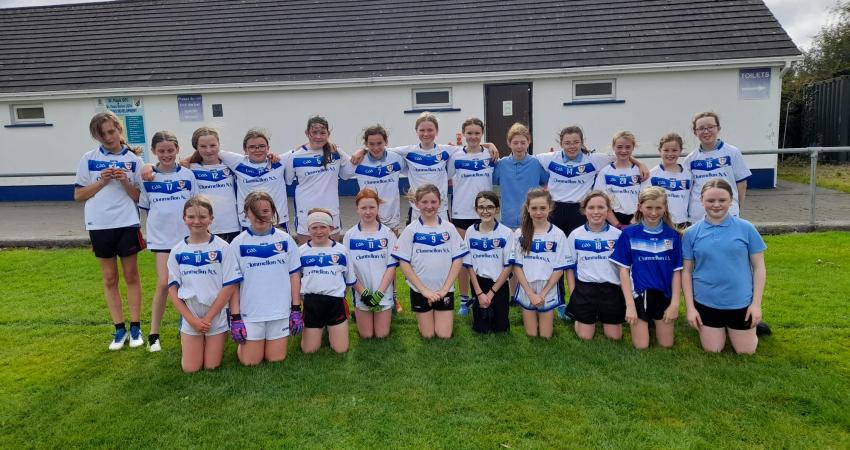 In girls football so far, they have played 5 matches. They played Gainstown and they beat us by five points, unfortunately we played them on their home pitch.  The week before that we bplayed Gaelscoil on St. Lomans pitch and we beat them.  We also played Loughegar on our home pitch which resulted in a win for us and we played Rathwire on our home pitch and won that game too. The last match played was against the Holy Family which they won and that means the girls in the Schools Semi Finals! The date is yet to be advised but we think it will be after Christmas.